How to read the display

The display of the grinding stone is determined by JIS standard.

The grinding stone is generally determined by JIS (Japanese Industrial Standard) to display the following.


JIS is a national standard established based on the Industrial Standardization (1949) for the purpose of promoting industrial standardization in Japan, and the scope is wide, and all industrial products have standards for unifying the shape, quality, performance, production method, test method, etc. nationwide.

To properly use abrasive grains according to the purpose of use

If you cut iron-based materials such as steel and hardened steel, it is alumina-based abrasive grains

If hard and fragile materials such as stone and cast iron are scraped, it is silicon carbide type abrasive grains

Silicon carbide based abrasive grains include black silicon carbide-based (C) and green silicon carbide-based (GC). It is mainly used to shave hard and fragile materials such as stone and cast iron. The hardness of the abrasive grains itself is almost the same for both C and GC, and on the other hand it is harder than alumina-based abrasive grains, but there is no stickiness, and it is used when cutting non-ferrous metals such as aluminum and copper, cemented carbide, because there is a drawback that wear is quickened by reaction when cutting iron, and the grinding surface becomes cloudy. When comparing C and GC, the abrasive grain shape of C is sharp and GC is blocky, so choose it according to the application.

About the grain size

"Grain size" representing the roughness and fineness of abrasive grains

Abrasive grain has roughness, and its criterion is grain size. Generally, coarse ones are used for deburring, cutting, etc., and are used for finishing as they become finer. Grain sizes up to 220 are called general abrasive grains, and finer ones are called fine powder.

When used in free grinding, compared to sandpaper, etc., the count sold in general seems to be very rough, but due to the small amount of abrasive grains and the high speed of machine operation, etc., it becomes a finer surface than expected.

The ideal grinding depth when used in precision grinding is said to be about 1/10 or less of the average abrasive grain. Also, when grinding in the same way, it seems that a grinding stone with a large outer diameter often chooses a little rough because the contact area is larger than a small grinding stone.

It is hard for soft ones and soft for hard ones

The hardness of the grinding stone is called binding degree. A is the softest, and the closer you get to Z, the harder it becomes.

In addition, a grinding stone whose tissue exceeds "10" and has large stomata is called a porous grinding stone. It cannot be used at high speed, but it is effective for clogging and burning. In Teiken, the Dolce series and the PT series correspond to this.

Components of binder (bond) that varies depending on the grinding application

In addition to the above, there are also grinding stones using PVA (polyvinyl alcohol) and urethane, and in the case of super abrasive grains, wheels (metal bond wheels) using metal as a binder.

About the circumferential speed

Currently, there are two types of notation for the circumferential speed display. One is m/ min (minute speed display) and the other is m / s (second speed display). Currently, there is a movement to unify the latter, and JIS standard has become the latter in recent years, but since the display of the machine may be the former, both may be described.
Each other's numbers can be converted by 60 m/min = 1 m/s.

The circumferential speed indicated on the grinding stone is the maximum used circumferential speed and should never be used beyond this speed. Although it is safe to use it at a slower peripheral speed, normal grinding stones are manufactured on the premise that they will be used at 16 m/s (1000 m/min) or higher, so if the peripheral speed is too slow, the efficiency may be extremely low.

In general, if the circumferential speed of the grinding stone is fast, it will hit hard, and if it is slow, it will hit softly. 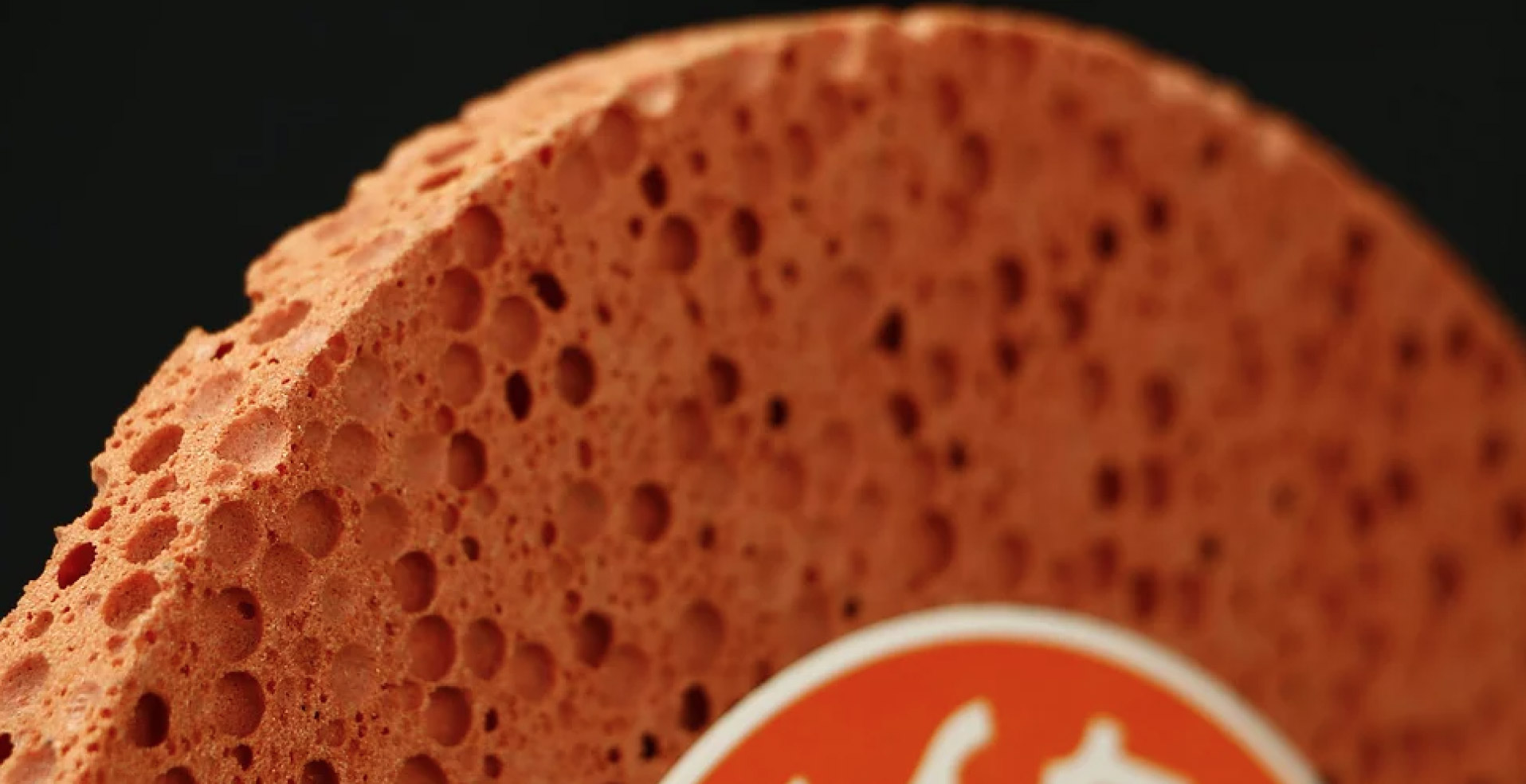 They are characteristic
grinding wheels with "PoreTec" 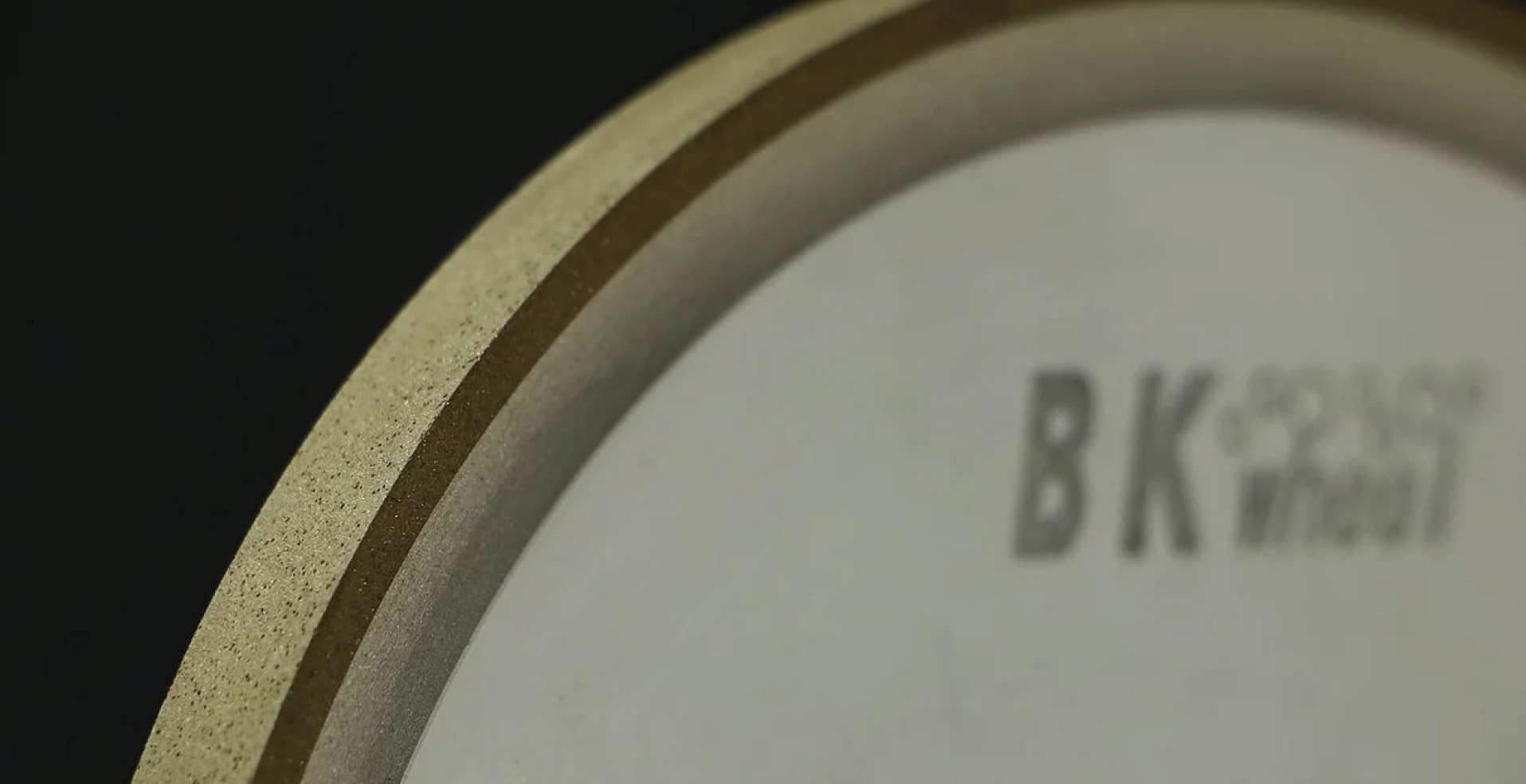 We have vitrified bond wheels
which accumulate long-time technique 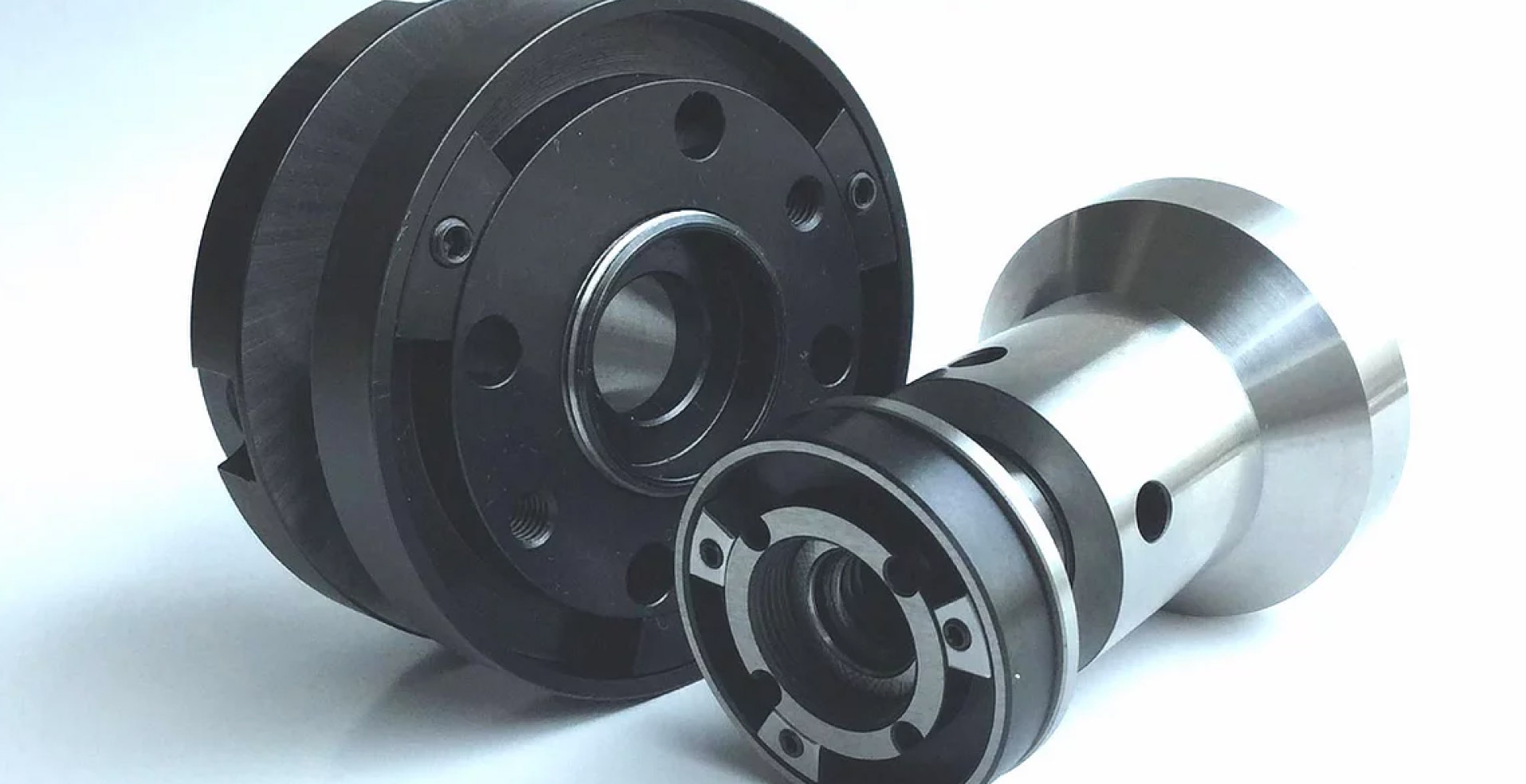 We can make a proposal for
the total grinding process. 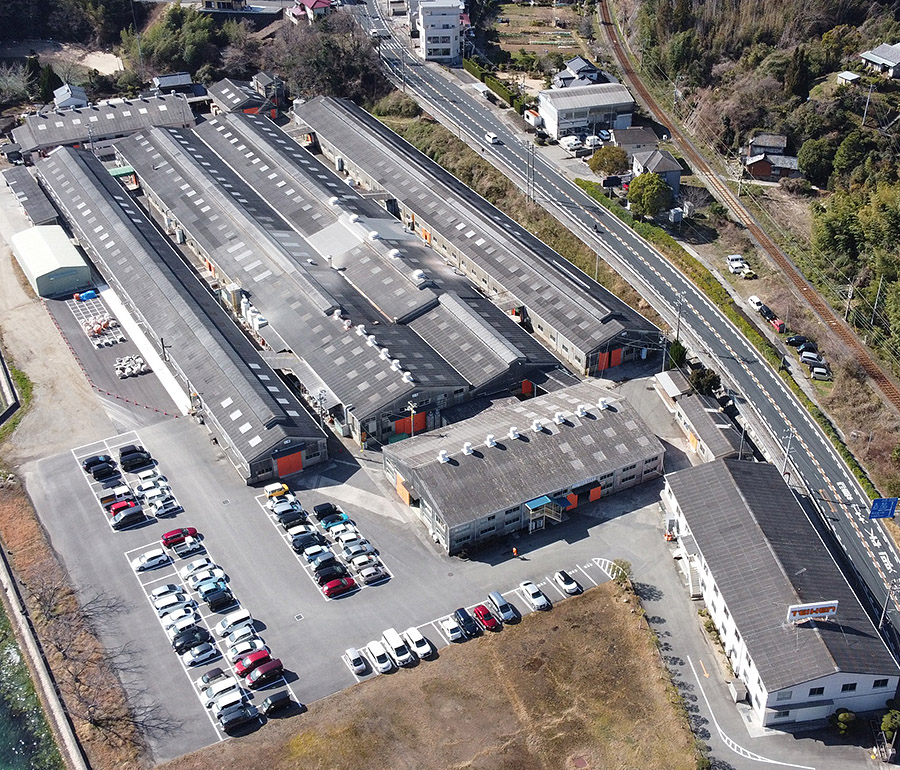 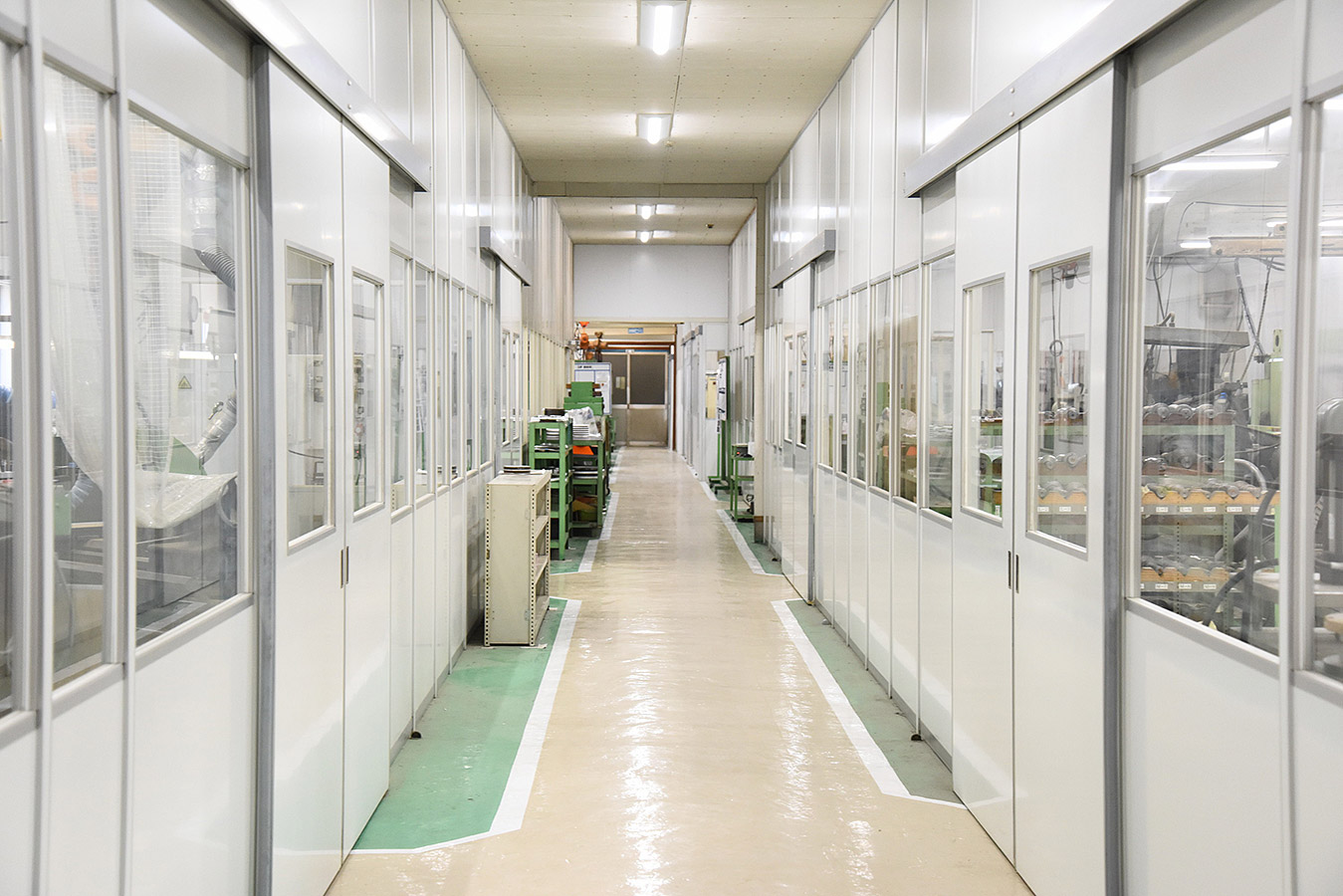 We aim to provide safe and
high-quality products and services in
accordance with quality management.